It’s fair to say that The Shield are WWE’s hottest asset right now. I mean come on, they’re strong, dominant, and have a bad-ass theme song and entrance. But surely there’s something more to them that has led to their ever-growing popularity. This article aims to analyse the reasons as to why The Shield have become a huge success, by comparing them with the stables of professional wrestling’s extensive past.

Let’s take a moment to recall some of the great factions that pro wrestling has seen throughout its existence. The Four Horsemen, nWo, D-Generation X, The Nation of Domination, The Ministry of Darkness, Evolution, and The Nexus, are to name a few. There’s no doubt that the groups just mentioned have all been extremely popular/influential/revolutionary throughout their pro wrestling runs. However, they all have one thing in common: A main man or group leader. The Four Horsemen had Ric Flair, nWo had Hollywood Hogan, DX had Triple H, The Nation had Farooq (and then Rock), The Ministry had Undertaker, Evolution had Triple H, and The Nexus had Wade Barrett. What has this got anything to do with The Shield, you ask?

For a while, it was portrayed that Dean Ambrose was the leader of The Shield. Not only did he have all the mic time when cutting promos, but he was even crowned the United States Champion, while Rollins and Reigns held on to the Tag-Team Championships. The Shield, for a while, were like any other stable we’ve seen in the past. However, forward several months later and all of a sudden Roman Reigns seems to be the new dominant force of The Shield. Forward several weeks later and all of a sudden Seth Rollins begins to have more of a voice of his own and makes his architectural presence in the group seem valuable. Forward to present day and you have three equal shining stars that could easily break-out as top-flight singles competitors, all in one group.

Yes, the stables mentioned above had leaders and were extremely successful. However, instead of following suit, The Shield have 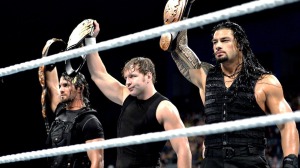 been revolutionary in stemming away from the norm of having one main guy in a team and have evolved into three main guys of their own. Each member is equally as important as the other, which adds to their presence as a stable in general. This is the reason why many people believe that The Shield are a more superior group than The Wyatt Family, as while The Wyatts are an incredible faction of their own, the focus is solely on Bray Wyatt – the clear leader of the trio. Aside from the sheep mask and the epic spinning clothesline, there has been no emphasis or character development on Luke Harper or Eric Rowan. They have so far been portrayed simply as underlings of Bray Wyatt.

Continuing-on from the above point, being three equal entities has led to the personas of each Shield member to become further highlighted. Having no leader makes it even more important for The Shield to establish individual characteristics, and both they and the WWE have done this well. You’ve got the Joker-like technical machine, Dean Ambrose; the high-flying, loyal workaholic, Seth Rollins; and man-with-few-words, the powerhouse of the trio, Roman Reigns. This makes it easier for fans to get behind each member, as their personas are more identifiable. Three individuals, with three different personalities and wrestling styles – a recipe for success!

Going further on the point of unique styles, it is great that each Shield member possesses their own recognisable arsenal of moves. As mentioned earlier, Ambrose, Rollins, and Reigns could easily break-out as upper-carder singles competitors, and having an established move-set certainly supports this. Other factions in the past have had this, which is a discrete but definite factor as to why they’ve become as popular as they have today. The difference with The Shield, however, is that they weren’t once stars in singles competition that fans got to know first. They’ve still managed to create distinct personalties and styles for themselves, which can be hard to exhibit when debuting on WWE television as an unknown group. That leads us nicely onto the next section…

The Corporation were a dominant group in the late 90s during the ‘Attitude’ era, consisting of top stars such as Shawn Michaels, Kane, The Rock, The Big Show, and Triple H. They were an awesome group, but aside from The Rock, it seemed as if the star-power from each member was overshadowed by the boss of the faction, Vince McMahon, and his mission to conquer the WWE. The ‘Corporate sell-outs’ seemed to be portrayed as nothing more than mere minions who did McMahon’s dirty laundry. This is a prime example of the problem with simply ‘bundling’ stars together instead of grouping roster members together to organically build new stars.

It got even worse when The Corporation and The Ministry of Darkness joined forces, forming The Corporate Ministry. Yes, on paper, it was an awesome idea – they were the ultimate heel group that nobody could touch. However, again, this deemphasised the star power that the group obtained. Imagine fusing WWE’s current main stars in one group, let’s say Cena, Orton, Bryan, and dare I say, Punk. Think of how played-down each of their characters would be. The group’s ambitions would be the sole focus and priority, which would significantly reduce the potential of any further character development – if any was needed. This is why The Shield are such a polished faction so far. They have each become stars through their journey as The Shield – instead of each being built as single competitors and just thrown together – which helps validate the stable as a worthy entity.

Overall, it is clear that The Shield are a unique group that have revolutionised factions as a whole in the industry of professional wrestling. Although the groups mentioned were game-changing in their own rights, both the WWE and The Shield have done well to do something different. Dean Ambrose, Seth Rollins, and Roman Reigns have each emerged into top-flight Superstars through their ride with the stable, possessing their own distinct styles and characteristics, making each of them a distinguishable ‘Hound of Justice’. As of right now, The Shield are unbreakable.

The breakup of the ‘Prime Time Players’…

Keeping ‘The Show-Off’ off the show…

Swinging for the fences…

The ‘best’ takes his ball and goes home…

Once again, whether you agree or disagree on some if not all of these views, leave a comment, share, and follow if you haven’t already done so! 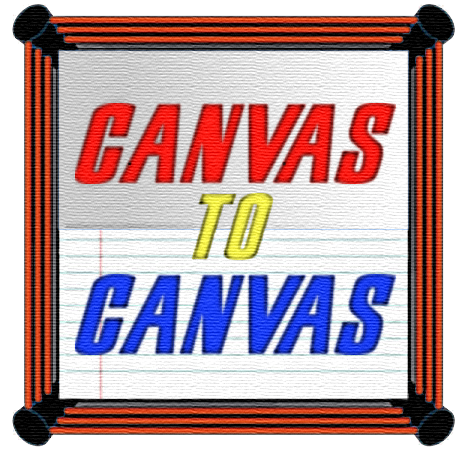